Absinthe - Everything You're Too Afraid To Ask

Through no fault of its own (but perhaps the fault of its proponents), absinthe has achieved legendary status. Mentions of the spirit bring to mind Victorian-era images of Dorian-Grey-esque mischief. It’s often been claimed that consumption induces unbridled madness and vivid hallucinations. Suitably, the green liquor has long been the choice eau-du-vie for the spooky and creative. It’s fair to say that absinthe’s reputation is well-earned… Or is it? In the midst of all the rumors and legends, it’s hard to separate the fact from the fiction. Luckily, we’re here to give you the lowdown on this perhaps-spooky spirit. 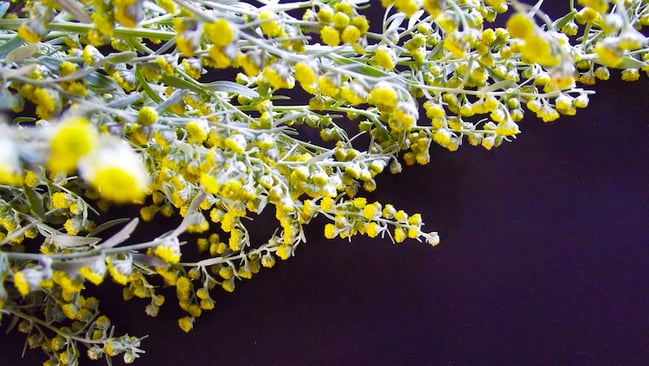 Wormwood, an essential ingredient in the absinthe-making process

Before we tread any further, it’s probably best that we determine what exactly qualifies as absinthe. Unfortunately, no countries in the world have legal definitions of “absinthe” like they do bourbon or scotch, so things can get a little muddy. In general knowledge, though, absinthe is any botanical-infused spirit with a recipe containing some amount of wormwood bark or leaves. It traditionally also contains green anise, which causes its trademark emerald hue.

From a production side, absinthe can either be cold-mixed or distilled. In brief, cold-mixed absinthe is a low-quality version of the drink wherein extracts and flavorings are added to a base spirit. That ‘steeped’ product is then bottled and shipped out. Think flavored vodkas or cheap liqueurs. Distilled absinthe is a more true-to-form version of production. In distilled absinthes, the botanicals are macerated in a base spirit (often a neutral grain spirit), before being distilled again (traditionally with a white grape or eau du vie) to impart a more pure, refined version of the absinthe flavor. If you’re looking to add quality absinthe to your bar program, go for the distilled version.

Although many publications point towards a “Dr. Ordinaire” (more on him later) as the inventor of absinthe, it’s nearly impossible to say where the spirit initially found its inception. Instead of being an out-of-the-blue invention, history indicates that absinthe is more of natural evolution from previous wormwood-based spirits. In ancient Egypt, medical documents indicate the prescribed use of wormwood extract in patients. Later, ancient Greeks were said to have enjoyed a wormwood-infused wine.

But, eventually, we have the work of Dr. Pierre Ordinaire. Having fled the threat of guillotine in the French Revolution, Ordinaire was settled happily in Couvet, Switzerland. He found a local, herbal remedy that was used as a general cure-all, and adapted it into something that would later become more recreational. Like all good booze, though, absinthe was originally invented for purely medicinal purposes. Upon his death, Ordinaire’s recipe was passed on to the Henriod Sisters in Couvet. That recipe was eventually obtained by the Pernod family -- specifically Henri-Louis Pernod. He and two other partners opened up the first absinthe distillery in France in 1797.

As industry professionals, you may have heard of the Pernod brand of spirit. Although now one of many great absinthes available, there was a time when Pernod was the gold standard of traditional absinthe. But, we digress. 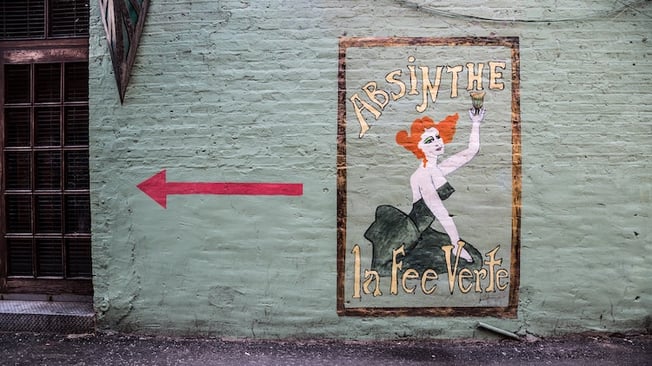 Throughout the 1800s, absinthe slowly became the drink of choice for artists and bohemians in France.

Rimbaud, Baudelaire, Zola, and Oscar Wilde were amongst those creatives who enjoyed their absinthe. Baudelaire was notorious for pairing his with laudanum, while Rimbaud drank his alongside copious amounts of smoked hashish. Van Gogh quite enjoyed absinthe as well --  the same man who (rest his soul) would often eat his lead-based paints. Considering all these accompaniments, it’s no surprise that the drink has a (misinformed) hallucinogenic reputation. Absinthe didn’t cause the visions that Rimbaud or Van Gogh reported. Instead, that can be blamed on the accompanying high doses of poisons and narcotics.

Science does tell us that absinthe contains thujone, which can cause hallucinations when taken in high enough doses. The amount of thujone in absinthe is so low, however, that you’d die of alcohol poisoning before it created any hallucinations whatsoever. Alas.

In 1905, the absinthe party came to an end. The drink -- and moreover, its effects on otherwise god-fearing folk -- was coming under increasing criticism from the French brandy and wine industries. Fearing the growing absinthe industry was a significant threat to their business, a smear campaign began to make its way across Europe. Meanwhile, a newly-present temperance movement in France was happy to make absinthe into the devil-du-jour. This two-pronged, anti-absinthe sentiment would be bolstered an incident known as “The Absinthe Murders”. 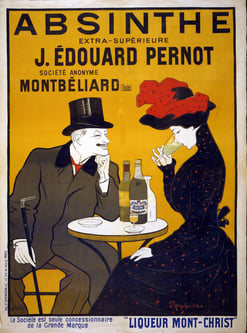 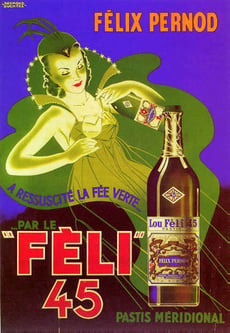 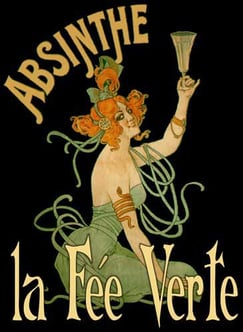 In that same year, a Swiss farmer by the name of Jean Lanfray murdered his family and attempted suicide after drinking absinthe. Lanfray, an alcoholic, consumed significant amounts of wine and brandy that evening before his absinthe, but that was conveniently overlooked by most reports. As a result of Lanfray’s murders, absinthe was banned in Switzerland in 1908. The Netherlands followed suit in 1909, the United States in 1910, and then France in 1914.

Today, absinthe is legal in most places. The ban was lifted outright in the United States in 2007. In Europe, most countries have either done the same, or begrudgingly permit absinthe producers to operate through loopholes and workarounds.

For most, serving absinthe in its traditional format isn’t exactly feasible in a fast-paced, professional environment. In addition to slowly dripping water over a sugar cube (one drop at a time), it requires specialized tools and glassware. So although its traditional preparation involves a relatively labor-intensive process, absinthe has definitely found a place in the modern cocktail canon. It’s pronounced, licorice flavor has made it a loud-and-proud addition to many tiki cocktails, including in the Halloween-friendly Zombie.

Despite its non-hallucinogenic properties, absinthe is a delicious and exotic addition to any cocktail menu. It’s decidedly at-home in a Halloween special, but can serve its purpose year-round. In truth, its spooky reputation has been earned through equal parts fact and fiction. So don’t expect to see any little green fairies, but at a resounding 120 proof...they’re probably not too far off.