Bar Concepts: On Trendy Vs. Trendy --A Handy Roadmap

It’s 2019. The cocktail renaissance boomed a few years ago, and has since pleasantly matured into a mellow, enjoyable hum. Yet, you walk into the city’s newest bar, and are greeted with the worst sort of nostalgia. The bartenders are all wearing arm garters, perhaps even suspenders. Faux 1920’s music is playing (a little too loud), and the decor carries the emotional weight of a rejected Mad Men set. The drinks are toppled high with more garnishes than you’d expect from the fine-dining-est plate of food -- foams included.


Still, you’re able to get past all this. After all, you’re already at the bar. Might as well give it a shot. The results are somehow both confusing and uninteresting. You leave half-drunk and entirely unenthused...never to return again.


This is the worst kind of trendy: uninspired piggybacking on other bar concepts that have proven to be successful, without bringing anything new to the equation.

There’s an ultra-fine line between sickeningly trendy and enjoyably on-trend. In the guest-driven restaurant and bar world, it’s a trap that is all too common. We are at the whims of the ever-changing boozy zeitgeist, forced to balance the scales of what’s current vs. what’s brand new. So, what exactly qualifies as ‘too trendy’? How can we identify this trap? 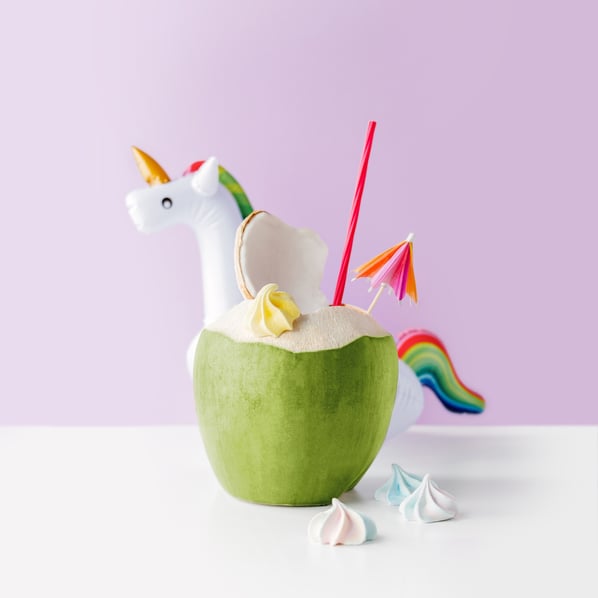 In all seriousness, this is the kinda drink i'd order.


From our own anecdotal evidence, trendy can be equated with a lack of originality. The idea that because other, successful bars are doing xyz means that you should be doing xyz, too. There are so many of these 'waves' within the restaurant and bar world, that trying to hop on every tiny fad is little more than an exercise in self-sabotage. Logistically speaking, trends cost money. If you put yourself in a situation that requires a menu overhaul every six months, you’re going to have a hard time keeping in the black. Staff will need to be retrained, orders will need to be re-drafted, and even glassware might need to go. From the back of the bar, this is far from a recipe for success. And besides, who wants to be the fourth speakeasy-style bar on the block?


Now, all that being said...trends aren’t all bad, of course. They certainly aren’t to be ignored entirely. Being tastefully on-trend is where success can be found. Although it may seem like an issue of semantics, the difference can be staggering.


It takes seismograph-like expertise, responding to tiny shifts in the landscape of bar culture. You may hear about a certain spirit experiencing a revitalization -- let’s say ouzo decides to have a moment. You don’t need to add five ouzo drinks to your menu the next day, but instead try subtly introducing the spirit as an ingredient. These sort of small adjustments to an already well-rounded drink program will do wonders to keep your bar current and up-to-date, while avoiding the issue of ‘trying too hard’.


Now, I know what you’re thinking: that’s all well and good, but it’s pretty abstract. How can we really pinpoint where these trends are, and how we can use them to our advantage? Well, by looking at the lifecycle of any given movement or trend, we can build ourselves a sort of ‘road map’.


The first showing of any trend is considered the embryonic stage. This is when a technique or ingredient is being used by only the most cutting-edge, innovative, high-end restaurants in the industry. Think of somewhere like Alinea or The Aviary in Chicago. We’d suggest that this is a little too early to identify how big a trend will become -- if it becomes a trend at all. 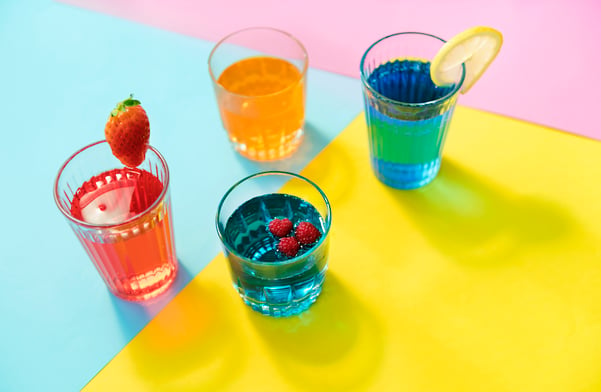 Something tells me these cocktails are not cold.


Next up is the early adoption stage. When we say to get in while the getting is good, this is what we mean. At this point, high profile experts and specialists are publicly experimenting with the technique or ingredient in question. Industry magazines and figureheads are starting to murmur about the ‘new thing’. It’s a great time to get in on something up and coming.


After this early adoption stage, we see trends enter the mainstream. At this point, the more forward-thinking consumer is well aware of a phenomenon, and its relatively accessible in more ‘normal’ restaurants. The ‘foodie’ crowd is largely in tune with the trend, and it can be found easily on social media. This is still a good time to begin incorporating a trend into your operation, unlike the next stage.


After entering the mainstream, these trends do what’s called breaking the mainstream. At this point, the trend has been adopted in larger scale restaurants, and less savvy consumers are hopping on board. Your grandmother might not have heard of it yet, but your mom almost certainly has. When you adopt trends at this stage, you’re wandering into the ‘too trendy’ territory as far as bar concepts go. This is time to abandon ship, because the next stage is everything but a death rattle.


Finally after breaking the mainstream, we have the tapering-off stage. At this point, it appeals to late-adopters, big-box brands, and huge franchise restaurants. It goes without saying: at this point, steer clear of the trend in question.


We suppose there’s no skeleton key to identifying exactly how to respond to trends -- on one hand, you can’t simply stay stagnant and ignore them entirely. On the other hand, it would absolutely be a mistake to hop on every wave that begins to perk up.  There’s a happy middle ground, and by looking at the overall life-cycle of a given trend, we can figure out how best to utilize it (or not) in our own projects.


So remember, stay on-trend...just not too on-trend.