The Most Haunted Bars in America

It’s that time of year again. Time to get weird. Time to get spooked. So, for those feeling the spirit, we’ve put together a list of our favorite haunted haunts to check out this Halloween.

Having appeared on the Netflix show “Dark Tourist”, the hauntings at Shaker’s Cigar Bar are no longer a well-kept secret. Employees have reported spinning doorknobs, objects flying off the shelves, and even house pianos playing themselves. Although it all sounds very marketing-driven at first glance, research revealed that Shaker’s was built over a former cemetery. When the bar was constructed, families without enough money (or interest) to re-bury their loved ones simply left the bodies there. 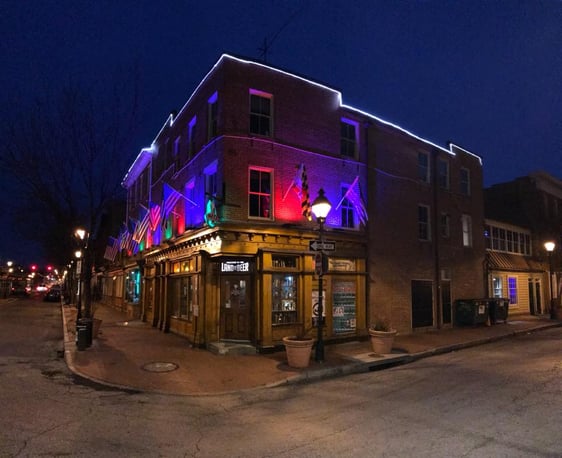 At various points throughout its history, the building that now holds Max’s Taphouse has served as a brothel, a slaughterhouse, and a boarding house. Perhaps with this storied past, it’s no surprise that Max’s Taphouse is the kicking off point for the local Fells Point Haunted Pub Tour. In what may be the funniest ghost on our list, patrons have reported seeing headless chickens in the basement late at night. Apparitions of a scantily-clad woman have been reported on the second floor, perhaps the result of a night at the brothel gone way, way south. Today, though, Max’s is known more for its eclectic and enjoyable beer selection than its headless chicken ghosts.

Aside from being an entrant on our honorable list, Tao certainly looks the part. Its Romanesque architecture creates a dramatic, castle-like appearance to passers-by. Supposedly, the establishment has more than a couple of ghosts on-premises. One former employee states that there is a section of the wall that he often puts up posters for decoration before the bar is open, only to have them appear upside-down minutes later. In another instance, a red balloon was often found in the building, despite no one knowing where it came from. So, what happened? The original building on the plot of land burned down years ago, killing several people. Their spirits are said to remain to this day. 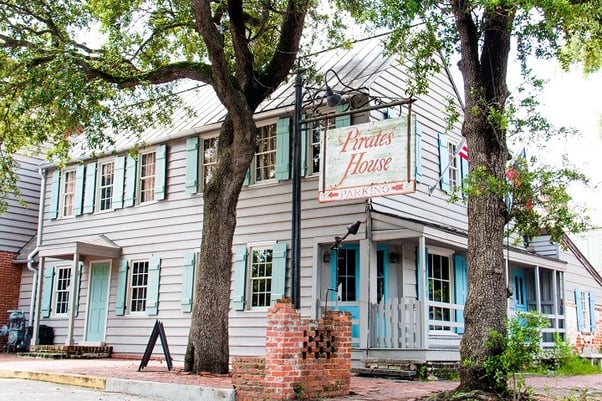 Image courtesy of The Pirates' House

On the East Side of Savannah sits one of the nation’s most haunted buildings. Hundreds of years ago, the Pirates’ House was a gathering place for sailors and unsavory characters. It was a dangerous place where many dared not enter, due to its raucous, unsavory reputation. Undoubtedly, this old pirate hideout was the scene of quite a few murders over the years. In addition, it was said that many men walked into the building, and woke up on ships hundreds of miles offshore. Staff members have reported the sound of boots on wooden floors. Even spookier, some have claimed to see sailors roaming around the building before opening. Georgia natives, check it out this Halloween -- maybe have a rum with the local spirits!

The Buffalo Rose was once a residential building, dating back to the 1920s. At one point, the home had a swimming pool in the basement, with a wealthy family occupying the building. When the family’s youngest daughter drowned in the pool, though, they quickly filled it in. Supposedly, her spirit is now trapped in the establishment. Employees claim to regularly hear footsteps going up and down the steps. The bar’s overnight cleaner claims sometimes he can hardly spend time in the basement at all, saying that “where they have the swimming pool -- that place is very bad.” The owner was initially skeptical, but after several sightings, he claims to have accepted the ghostly girl as a part of his life now -- for better or for worse. 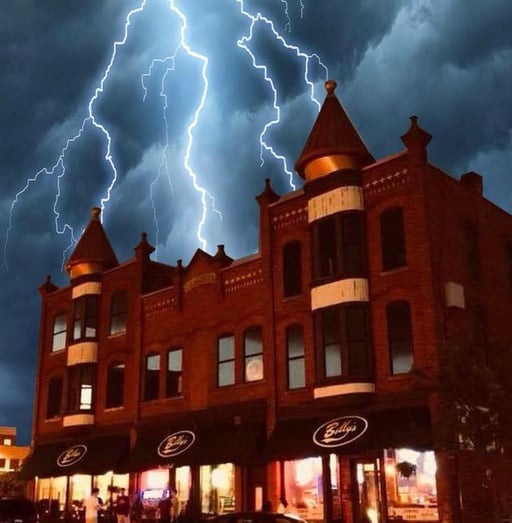 The building that now contains Billy’s Bar and Grill has worn many hats over the years. Most notably, it was a favorite hangout for mobsters and gangsters during prohibition. Heaven only knows what murders happened during that time, but it was later occupied by Mary Helen Cutter DeLong in the 1960s. DeLong poured her heart, soul, and livelihood into the restaurant, but it eventually failed. Today, Billy’s occupies the space, and is said to be quite the haunted establishment. People have reported a white lady walking through the dining room with seemingly no purpose. Ghastly patrons appear and then disappear when looked at again. In one instance, the closing manager locked up on a Saturday night, and was the last person to leave. When she opened the next morning, the tables were all set, despite no employees having yet arrived. Perhaps DeLong put so much into the restaurant, she simply never let go.

Maybe the most bone-chilling of all our entrants, Captain Tony’s was originally built as a morgue in the mid-1800s. In 1865, a hurricane hit the area, and bodies were sprawled across the entire block as a result. Several bodies were never recovered. As creepy as that sounds, the building’s haunted history goes back much further. In the late 1600s, the property was the home (and still is) of the infamous “Hanging Tree”. 16 pirates were hanged from that tree, along with a woman who had murdered her husband and children. Today, she’s known as the “Lady in Blue”, regularly seen wandering the bar in her blue, blood-stained dress. The ladies’ restroom is one of the most common places of hauntings at Captain Tony’s, with patrons reporting violently slamming and locking stall doors. Perhaps the Lady in Blue simply wants a little privacy?